LEH – The Land of Lamas 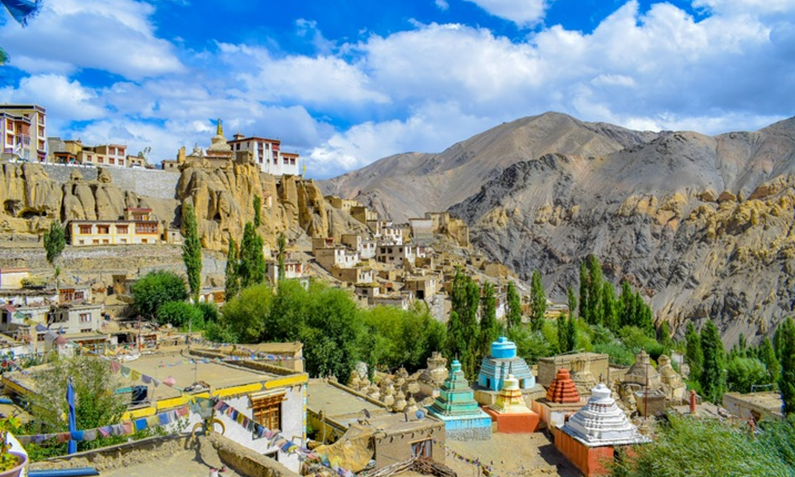 Leh is the administrative capital of the Ladakh district. Leh lies in the eastern part of the northern Indian state of Jammu and Kashmir. Leh stands high at an altitude of 3,505 m above sea level and one of the coldest deserts in the world. The Zanskar River flows through Leh. Leh is a hill resort with several attractions. The capital of Ladakh has been the center of Tibeto-Buddhist Culture since long. Its colorful gompas attract the devout Buddhists from far and away. Leh is a backpacker’s haven with numerous trekking trails, valleys, and picturesque lakes. Renowned as the land of monks and monasteries there is lots to see in this amazing piece of land. Popular tourist attractions here are: Pangong Lake, Nubra Valley, Diskit Gompa, Shanti Stupa, Magnetic Hill, Shey Monastery, Royal Leh Palace, Gurdwara Pathar Sahib, Hall of Fame, Thiksey Monastery, Hemis Monastery, Khardungla Pass etc.

BEST TIME TO VISIT: May to October 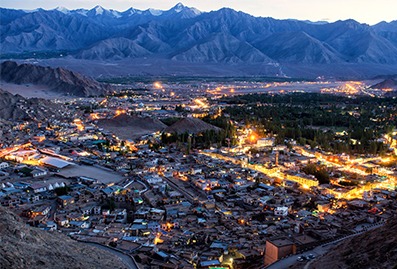 It is a town like no other, anywhere. The cold winds, harsh sun, patches of green in a cold desert, snowcapped peaks all around, amazing views of sunrise and sunset, the ringing of the bells in monasteries, sound of azaan from the loudspeakers of mosques, delicious food, lovely people, a unique mix of Tibetan and Indian culture, it is a town like no other. Major tourist attractions are Leh Palace, Tsemo Castle, Namgyal tsemo Monastery, Sankar Monastery, Shanti Stupa, Jama Masjid 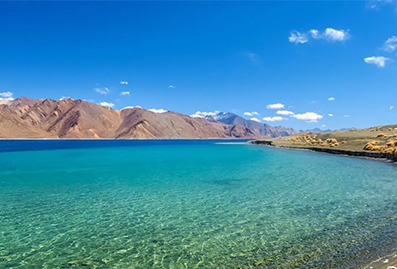 Pangong Lake is the world’s highest brackish lake at 14,256 feet above sea level. Pangong lake is one of the most popular places to visit in Leh and is located just 160 kilometres away from Ladakh. The drive to Pangong lake is an exciting experience offering scenic views. It is a beautiful lake with crystal blue waters blessed with pleasant weather throughout the year. Pangong Tso is also amongst the camping places in Ladakh. Enjoy the solitude near the placid waters of this magnificent lake in Ladakh and take out your cameras to capture the picturesque view of this wonderful place. 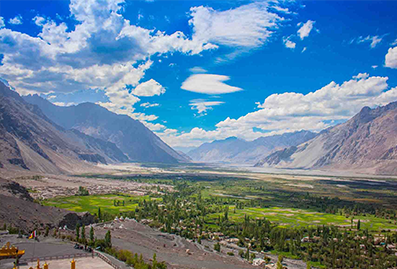 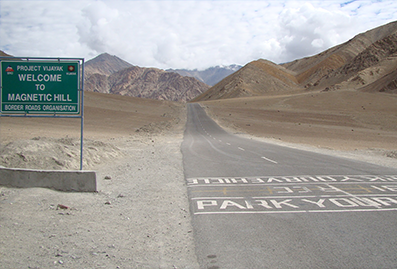 The popular Magnetic Hill of Ladakh is said to be a gravity hill where vehicles defy the force of gravity and move upwards on the hill when parked at the marked location. The hill lies at a distance of 30 km from the town of Leh, at an elevation of around 14,000 feet above sea level. To the eastern side of the hill flows the Sindhu River, originating in Tibet and is an almost essential stopover for all those who travel to Ladakh. An optical illusion or actuality, the Magnetic Hill in Ladakh has mysterious magnetic properties that draw tourists from across the globe. 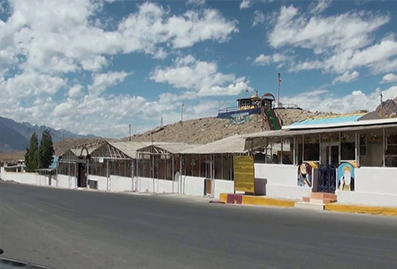 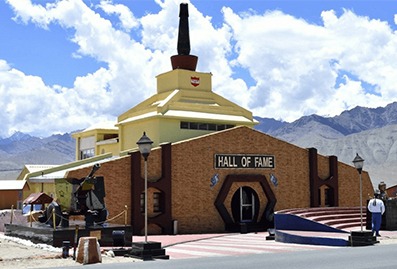 Hall of fame is a museum constructed and maintained by Indian Army, honoring the Indian soldiers who lost their lives during Indo-Pak wars and also commemorating the Army’s role in cloudburst relief in 2010. In the Siachen Glacier section, You can find a lot of information related to how our brave soldiers survive in such extreme conditions. Some artifacts related to Kargil war too are on display.