Located in the north west of India, Punjab is one of the most prosperous states of India. Deriving its name from Five rivers Sutlej, Beas, Ravi, Chenab and Jhelum the state is home to lively, hospitable and dynamic people.

Located in the north west of India, Punjab is one of the most prosperous states of India. Deriving its name from Five rivers Sutlej, Beas, Ravi, Chenab and Jhelum the state is home to lively, hospitable and dynamic people. Widely acknowledge as the cradle of civilization Punjab is a land of ethnic and religious diversity. It shaped various religious movements including Sikhism, Buddhism and Sufism. Today Punjab is one of the major tourist destination offering Sikh culture and natural heritage. Golden Temple at Amritsar is the most prominent tourist attraction of Punjab & India. 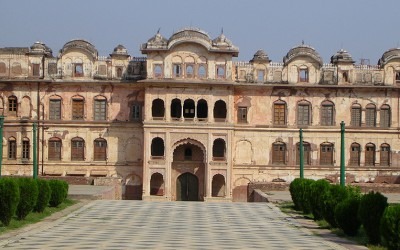 One of the best known princely state during British Rule Patiala was founded by Baba Ala Singh in 1763. He laid the foundation of the Qila Mubarak in 1763, around which the town of Patiala flourished. The Rulers of Patiala has bequeathed it with a rich legacy of art...

END_OF_DOCUMENT_TOKEN_TO_BE_REPLACED 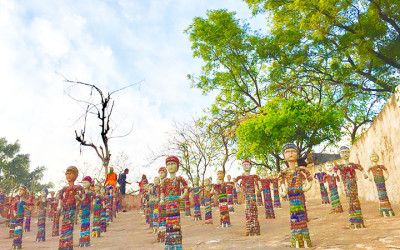 Situated at the foothills of Shivalik Hills, Chandigarh the most modern and well planned city of India is considered as Meeca for Architects and town planners. With tree lined open and wide roads, abundance of parks, gardens, lakes, high per capital income, Excellence...

END_OF_DOCUMENT_TOKEN_TO_BE_REPLACED 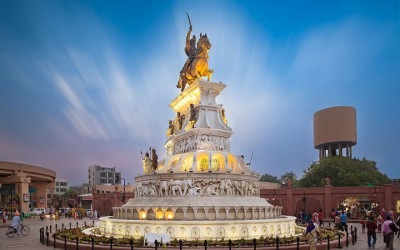 Located at a distance of 200 kms from Chandigarh, Amritsar lies close to the border with Pakistan (Lahore - 30 kms) Amritsar is house to Sh. Harmandir Sahib (Golden Temple). The spiritual and cultural centre of the Sikh religion. The city is famous for its cuisine and...

END_OF_DOCUMENT_TOKEN_TO_BE_REPLACED

Our services start on your arrival at Chandigarh Airport/Railway station where Our representative will meet and greet you at the exit gate of the Airport/Railway Station. Check-in the hotel, After rest visit Mata Mansa Devi Temple at Manimajra and the famous Yadvindra Garden at Pinjore. Overnight stay at Chandigarh.

After Breakfast proceed to Anandpur Sahib which is one of the five holy Sikh Takhts. At Anandpur Sahib visit Takh Keshgarh Sahib and Birasat E Khalsa. Further proceed towards Amritsar. On arrival check in the hotel. Rest of the day is free for shopping or to enjoy the famous Amritsar Cuisine. Overnight stay at Amritsar.

After breakfast check out the hotel and proceed towards Patiala. Enroute visit the famous Fatehgarh Sahib Gurudwara. Than at Sirhind visit Aam Khas Bagh and Rauza Sharif. Further proceed to Patiala. On arrival check in to the hotel. Overnight stay at Patiala.