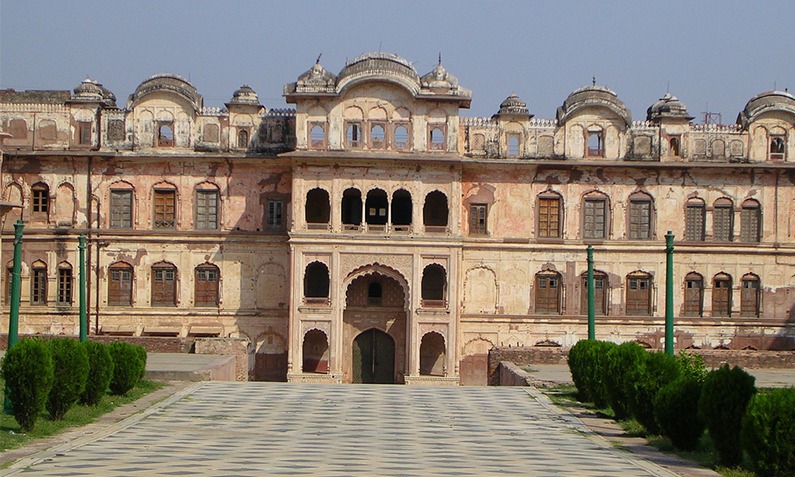 One of the best known princely state during British Rule Patiala was founded by Baba Ala Singh in 1763. He laid the foundation of the Qila Mubarak in 1763, around which the town of Patiala flourished. The Rulers of Patiala has bequeathed it with a rich legacy of art and architecture and build some of its finest buildings, including the Moti Bagh Palace and the Sheesh Mahal. Patialvi culture is widely admired and combines local flok traditions with Mughal and Rajput influences, notably in its distinctive Gharana style of music, culinary traditions and fine craftwork. It bestowed Hindustani classical tradition with one of its most notable schools of music, the Patiala gharana, which produced the likes of Ustad Ali Bux and Ustad Bade Ghulam Ali Khan as its most celebrated exponents.

Patiala is also well known for its many product-specific bazaars traditional crafts: juttis (embroidered shoes), parandis (coloured braids) and nallas (silken drawstrings). Patiala also has a long tradition of excellence in education. Mohindra College, one of the oldest institutions of higher learning in north India.

Visitors to this erstwhile princely city will want things to see and do, Its magnificent forts and palaces, museums and places of worship, gardens and wildlife sanctuaries serve up a perfect melange of history, culture, art and craft. Additionally, the old bazaars of Patiala offer many a gourmet delight for foodies. 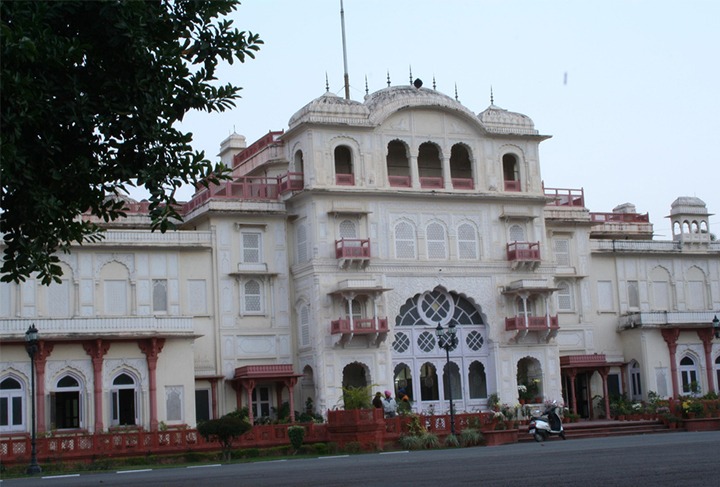 This luxuri ous palace with its 1000 rooms and 15 dining halls was built in 1847 in the Indo-Saracenic style to house the royal family in suitable splendor. A 400-acre lush green garden with terraces and water channels enhances its beauty. Dedicated to the state after independence, the palace is at present home to the Netaji Subhash National Institute of Sports. 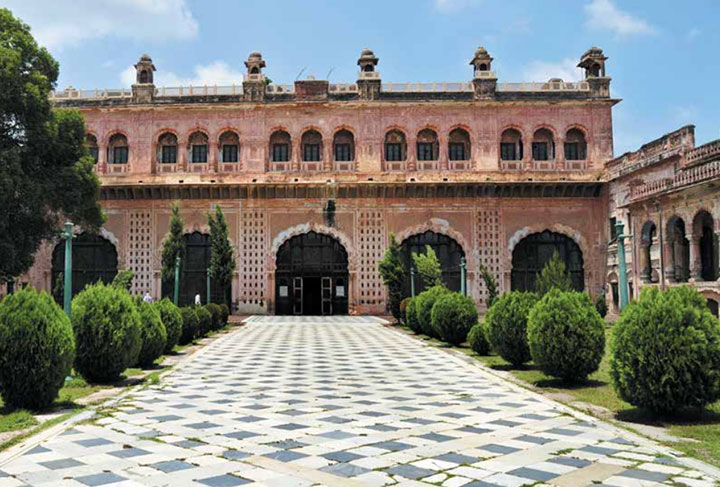 Dating back to 1764, the royal fort complex occupies ten acres and comprises inner and outer precincts, each with several buildings in a synthesis of Mughal and Rajasthani styles. It was the royal family’s residence until the mid 19th century. The inner Qila containing the private royal chambers is divided into nine courts, including the sheesh Mahal. It is elaborately decorated by Rajasthani and Kangra artists with mirror work and frescos depicting themes from Hindu epics. The outer perimeter, entered through the majestic main gate includes the Jalau Khana, Lassi Khana (Kitchens), Sard Khana (cool room), Ran Bass (guest quarters) and Darbar Hall. Notable for its superb ceiling and huge chandeliers of Bohemian crystal, the Darbar Hall currently displays a collection of armour, paintings, artefacts and royal treasures including a solid silver carriage, a jade dagger which belonged to Guru Gobind Singh Ji and the sword of the mighty Persian emperor Nadir Shah, who invaded India in 1739 AD. 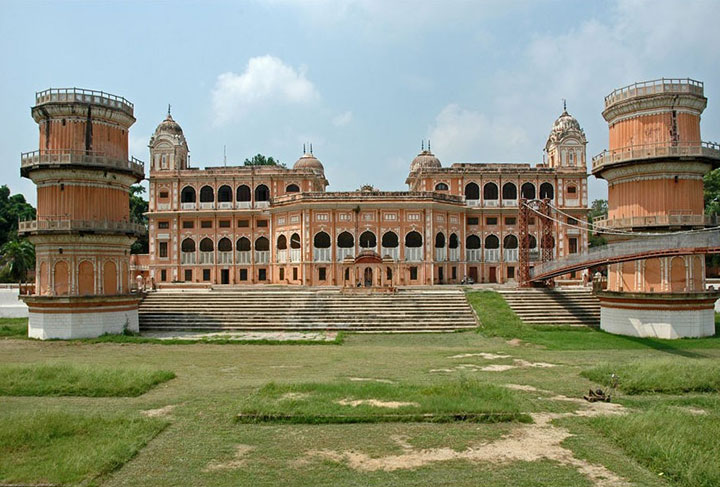 fronted by a large artificial lake crossed by a suspension bridge leading to the Banasar Ghar, it was designed by Maharaja Narendra Singh as a private retreat for relaxation, it was also a workspace for scholars, poets and artists, who decorated the interiors with exquisite murals and mirror work. Elegant Mughal terraced gardens with exotic fruit trees, water channels and a marble pavilion lead to the old Moti Bagh Palace. Today, it displays the world’s largest international collection of medals and decorations, including the only most noble order of the Garter, UK’s oldest royal honour, the museum also exhibits a fine collection of miniature paintings, carved ivory, metal artefacts, numerous paintings, ornaments, weapons and vintage clothing’s. 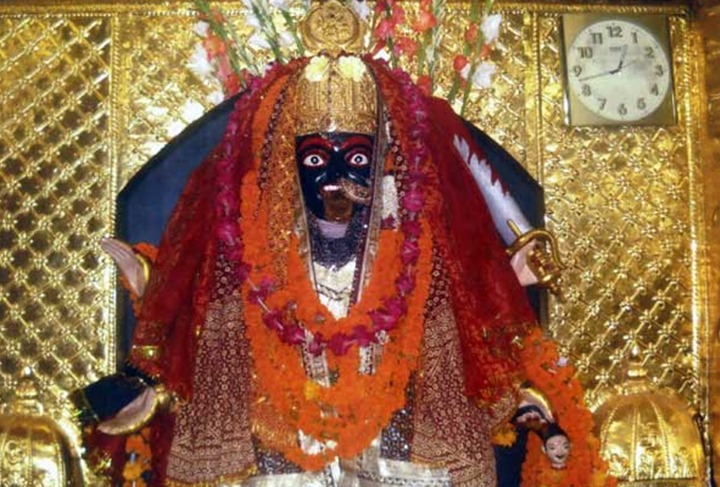 it is a secular temple that attracts both Sikh and Hindu devotees. It is a famous for its life size statue of Goddess Kali which was transported form Kali Ghat in Kolkata by Maharaja Bhupinder Singh. 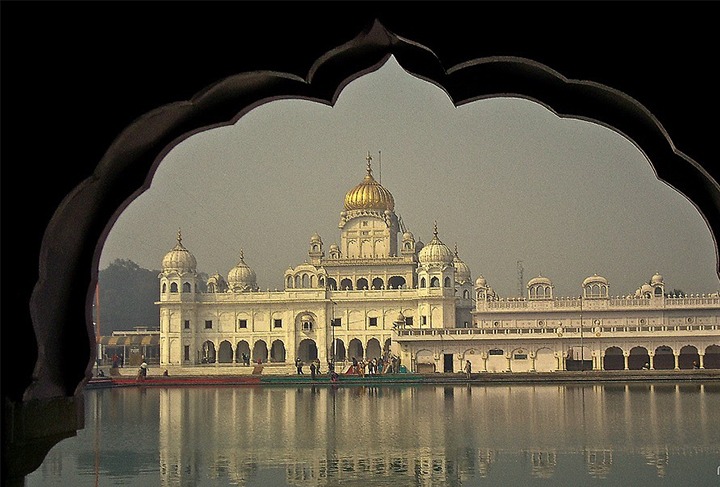 The po ol here is reputed for its healing qualities. A plaque in the Gurdwara marks the visit of Shri Guru Teg Bahadur Ji in 1675. 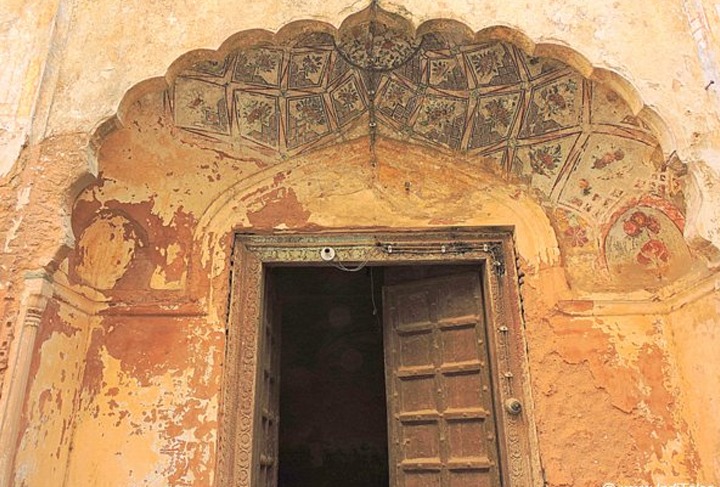 Take a guided walk for an enriching glimpse into Patiala’s glorious past as well as its colourful present. Acquaint yourself with some of the more–and the not-so–popular historical sites as you wind your way from the Shahi Samadhi to the Quila Mubarak (Shahi Samadhan – Dal Dalia Chowk – Haveli wala Mohala – Chhatta Nanumal – Bartan Bazar – Quila Chowk (Dashani Deori) – Quila Mubarak). Encompassing architectural, cultural, culinary and artistic heritage, indeed, the Patiala Heritage Walk is a delightful peep at the richness of tradition this royal city has long been celebrated for. To participate, reach the take-off point at designated times and purchase a ticket from the licensed guide on the spot.