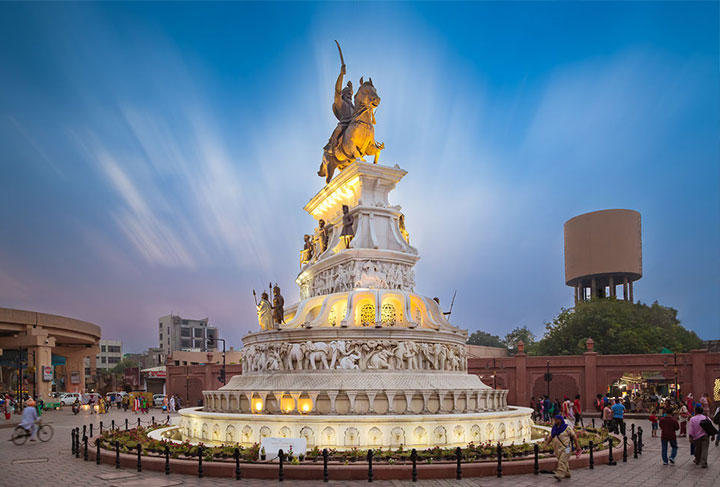 Located at a distance of 200 kms from Chandigarh, Amritsar lies close to the border with Pakistan (Lahore – 30 kms) Amritsar is house to Sh. Harmandir Sahib (Golden Temple). The spiritual and cultural centre of the Sikh religion. The city is famous for its cuisine and culture. Major Tourist attraction here includes Golden Temple Complex, Jallianwala Bagh, Durgiana Temple, and Wagha Border etc 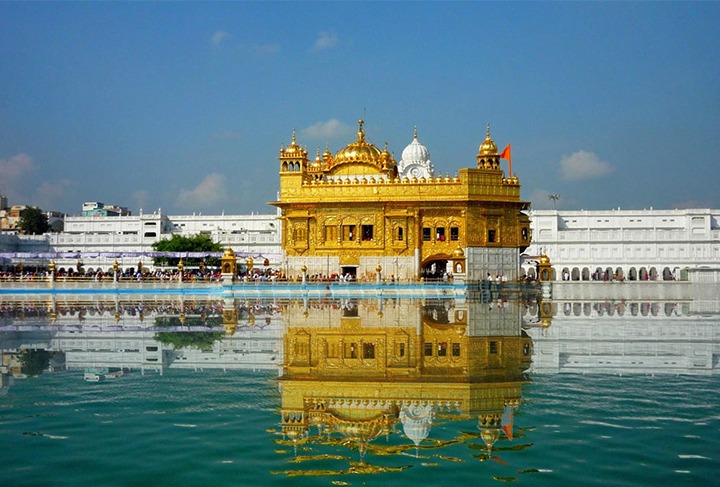 Located in the heart of Amristar the Majestic Golden Temple Complex is the holiest shrine of the Sikhs. The Gurudwara Complex is a fine blend of Hindu and Islamic architecture and is regarded as one of the most tastefully decorated shrines of the world. The complex has four entrance doors or deoris, in four directions, symbolizing equality among all and welcoming everyone. The main shrine Hamandar Sahib is set in the middle of sacred Amrit Sarovar Pond. The original copy of the holy Sikh book Sri Guru Granth Sahib, (covered under a jeweled canopy) is kept at the Darbar Sahib, during the day and is returned ceremoniously to the Akal Takht at night. Harminder Sahib is the most important Sikh shrine and a living symbol of spiritual and historic traditions of the Sikhs. Over one lakhs people visit the holy shrine daily for worship. 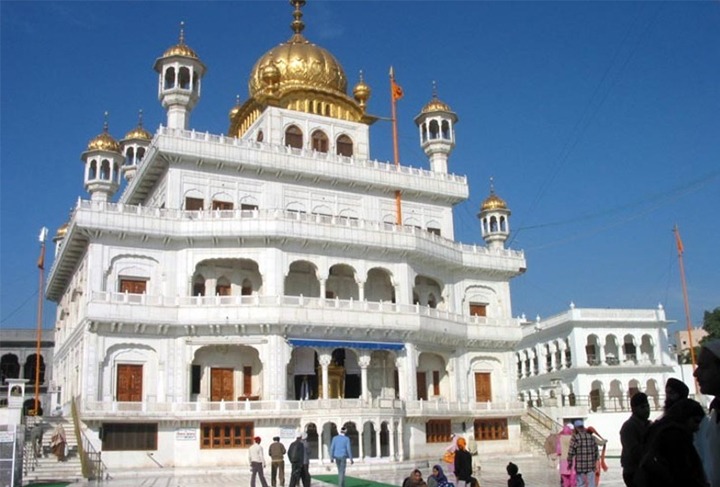 Akal Takhat is the highest political institution of Sikhs. It is form here that hukumnamas are announced to provide guidance and clarification on any point on Sikh doctrine or practice. The sacred Guru Granth Sahib is kept here during the night. It is also the seat of Shiromani Gurudwara Prabandhak Committee, the supreme governing body of the Sikhs. 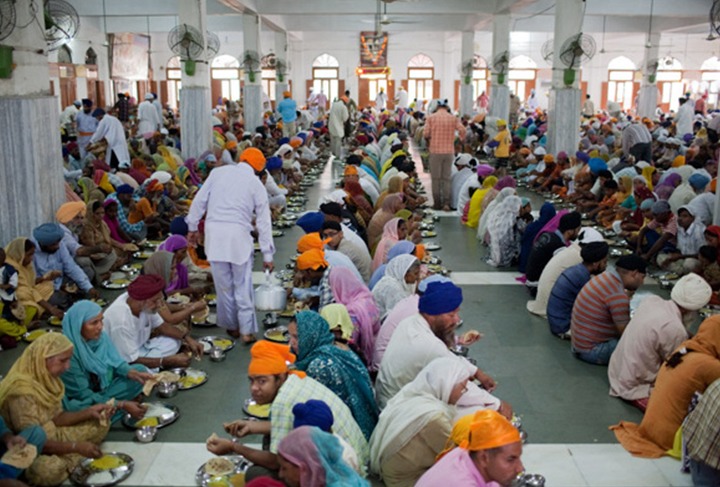 Guru ka langar, the massive community kitchen overlooking the eastern entrance of the temple complex is a must visit site. It provides free meals to thousands of pilgrims and visitors everyday and is open round the clock. The smooth and disciplined functioning of the kitchen speaks volumes about the typical Sikh efficiency.
The Golden temple complex is open from 2 A.M to almost midnight. The best time to visit is just before the dawn or in the evenings. The beautifully illuminated shrine and melodious recital of the divine verses is a heavenly experience. 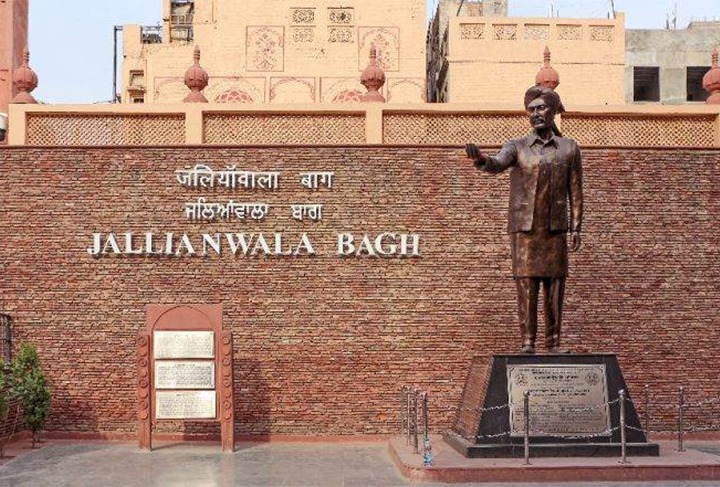 Located in the vicinity of Golden Temple, this 6.5 acre garden is the celebrated mark of Indians movement for freedom from British Rule. At Baisakhi (Punjab New Year Day) on 13th April 1919, the Britesh forces opened fired and massacre more than 1000 people celebrating this occasion. This turned out to be a major incident for Indian urge for freedom. A memorial of National important has been established in the memory of the people killed during the Jalianwala Bagh massacre. 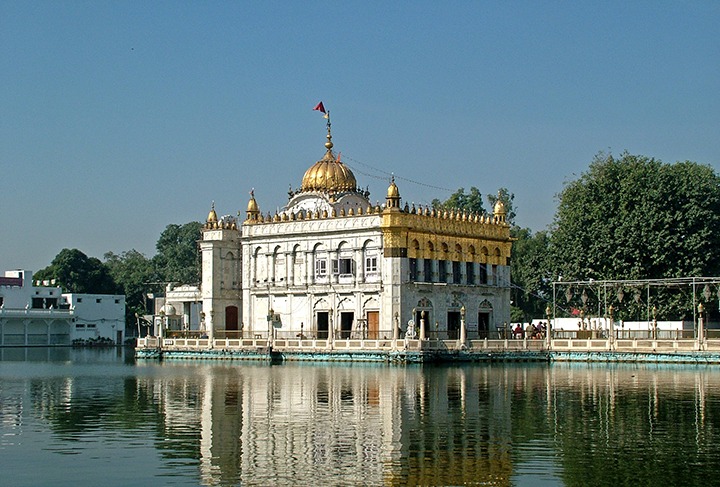 Durgiana Temple is a premier Hindu temple of Punjab situated in the city of Amritsar. This temple derives its name from the Goddess Durga. Daily rituals dedicated to Goddess Durga are performed here. The temple has a dome and tank as its prime possession, which is considered sacred by the Hindu followers. Shree Durgiana Temple stands amidst a tank and has a dome illuminated with colorful glittering lights and resembles the famous Golden Temple. 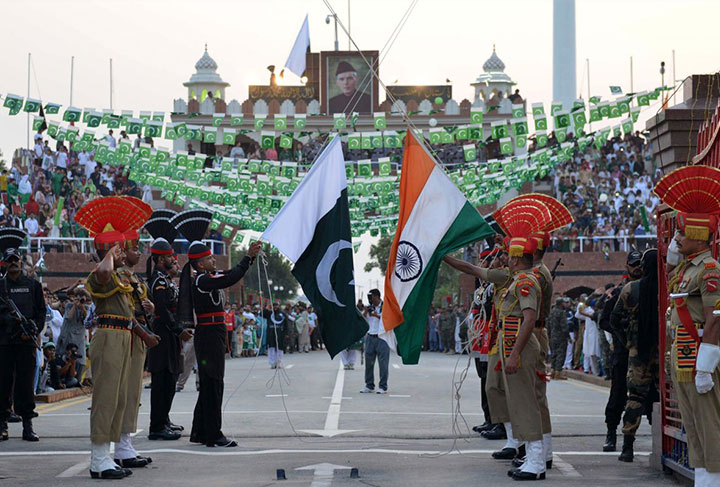 Wagah is a border town straddling the line between Pakistan and India. This is the only Land crossing point between Pakistan and India that is regularly open to foreigners, Tourists and for border trade goods. Wagha border is also famous for The Retreat Ceremony that takes place every evening before sunset. The ceremony starts with a blustering parade by the soldiers from both the sides, and ends up in the perfectly coordinated lowering of the two nations’ flags. As the sun sets, the iron gates at the border are opened and the two flags are lowered simultaneously. The flags are folded and the ceremony ends with a retreat that involves a brusque handshake between soldiers from either side, followed by the closing of the gates again.

RESTAURANTS: Amritsar is a centre for Punjabi Cuisine and each eating house has its own specialty.