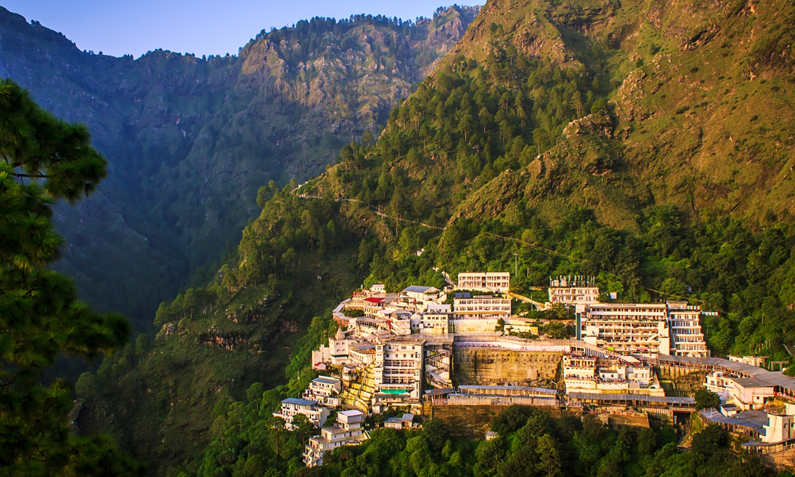 The Holy Cave shrine of Mata Vaishno Devi ji is located at a distance of 14 kms from the town of Katra and 50 kms from Jammu. Katra town is the base camp for the Vaishno Devi shrine yatra. The temple of Vaishno Devi is dedicated to Vaishnavi, the human manifestation of Goddess Shakti. Within the temple is the deity in the form of a five and half feet tall rock with three Pindies. The hliest of the holy Pindies of “Mata Maha Kali Ji”, “Mata Maha Lakshmi, Vaishno Devi Ji” and “Mata Maha Saraswati Ji are the ultimate destination for Pilgrims.

BEST TIME TO VISIT: Vaishno Devi shrine can be visited all the year round but the best month to travel is from March to October.

Summer: (March to July) are cool and pleasant and most of the pilgrims visit the Vaishno Devi during this period.

Winter: (October to February) are characterized by sub-zero level temperature and snowfall is common. 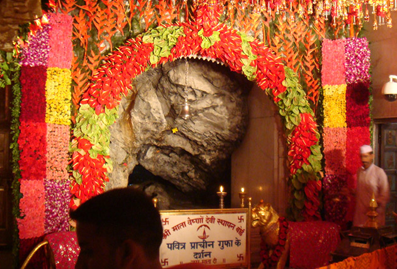 Shri Mata Vaishno Devi Ji resides in a Holy Cave located in the folds of the three peaked mountain named Trikuta. The Holy Cave of the Mother is situated at an altitude of 5200 ft. The Yatris have to undertake a trek of nearly 14 km from the base camp at Katra. At the culmination of their pilgrimage, the yatries are blessed with the Darshans of the Mother Goddess inside the Sanctum Sanctorum- the Holy Cave. These Darshans are in the shape of three natural rock formations called the Pindies. There are no statues or idols inside the Cave. The entire rock body is immersed in water, and a marble platform has now been constructed all around. The uniqueness of the Holy Pindies is that although they emanate from one single rock form, each one is distinctly different from the other two in colour and texture.

The ‘Aarti’ of the Goddess is performed twice a day first time in the morning just before the sunrise and second time in the evening immediately after the sunset.

The procedure of ‘Aarti’ is a very sacred and lengthy one. The Pujaris perform ‘Aarti’ before the holy deity first inside the sanctum- sanctorum and than outside the cave. Before the commencement of ‘Aarti’, the Pujaris perform ‘Aatam pujan’ i,e self-purification. Then the Goddess is bathed in water, milk, ghee (Clarified butter), honey and sugar. Thereafter the goddess is dressed-up in a saree, chola and chuni and ornaments are endowed upon her. The whole process takes place amidst the enchantment of various shlokas and Mantras. Thereafter Tilak is placed on the forehead of the deity and Navied (prashad) is offered to her. The Jyoti (divine lamp) is lightened and then the ‘Aarti’ of the goddess is performed. After the whole procedure, the thaal which contains the lamp and various other items used in the ‘Aarti’, is brought outside the mouth of the holy cave, where ‘Aarti’ of the goddess is performed in the presence of yatris. The yatris who remain seated outside the holy cave during the time when the Aarti is performed inside the Sanctum Sanctorum, keep listening to the Pravachans of head Pandit. After the Aarti outside the holy cave is over, the pujari distributes Prasadam and the charanamrit ( the holy water) to the devotees. This whole procedure of ‘Aarti’ takes nearly two hours during which time the darshans remain suspended. 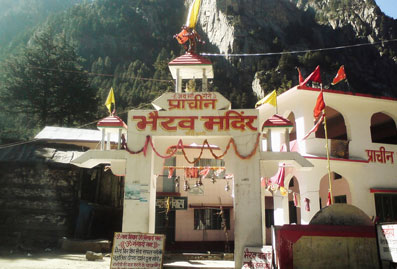 Bhairon Temple is located at a distance of 1.42 km from the Bhawan. The temple is situated at the highest point of the adjacent hill at an altitude of 6619 ft. This temple also involves a steep climb which can be undertaken by foot, ponies or palanquins. It is believed that the journey to Mata Vaishno Devi is not complete without the darshan in Bhairon Temple. According to the legends, Bhairon Nath was killed by Vaishno Devi and while seeking an apology, was given a boon of being the last link of the pilgrimage. Darshan inside Bhairon Temple is also in the rock form. It is believed that when Mata killed Bhairon Nath, his head fell at this place while his body remained at the entrance of the holy cave. There is also a Havan Kund at the temple, whose ashes are considered to be sacred. 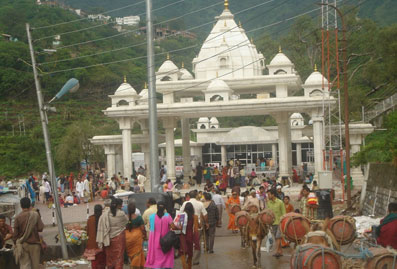 Adhkunwari is located about 6 km from Katra, at an altitude of 4,800 ft. It is a half way mark to the journey to holy cave. Adhkunwari is considered to be one of the most important darshans where Mata Vaishno Devi is believed to have meditated for nine months. An exit on the other end of the cave was created by Mata with her trident, when Bhairon Nath approached the cave. The cave is shaped like a womb and is very narrow. Only one person can pass through this cave at a time. It takes hours for each tourist to get a turn to pass through this cave. Darshan in Adhkunwari include darshans of Nav Durga and Bhakt Hanuman. 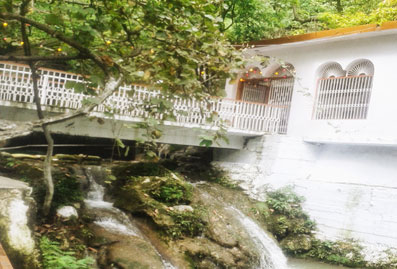 Baba Dhansar Temple is located 15 km away from Katra on way to Salal Dam. This place is renowned for its cool and pleasing atmosphere which makes it one of the amazing picnic spots for travelers. At Baba Dhansar Temple, devotees find a naturally formed Shivling, on which droplets of water fall at a constant pace throughout the year. This beautiful tourist destination is located in the middle of the thick grove of trees that brings together a large number of travelers every year from all around the country. 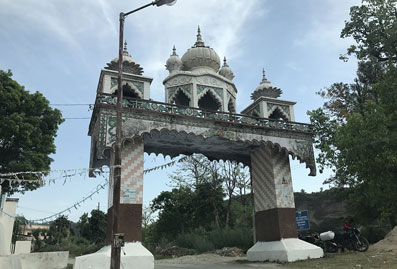 Dera Baba Banda is another major Katra attraction which is located just about 30 kilometers from the town. This place is considered as an important Hindu-Sikh pilgrimage center. It has a Gurudwara built by Baba Banda Bairaagi on the banks of river Chenab. He was Guru Gobind Singh`s favourite `Saint-soldier`. This place is around 300-year-old. The historic gurdwara at Dera Baba Banda Bahadur has the samadhi of Banda Bahadur. Here the ashes of Banda Bahadur are also kept, along with an arrow given by Guru Gobind Singh to Banda. Other attractions include number of weapons and a huge sword used by Banda during wars 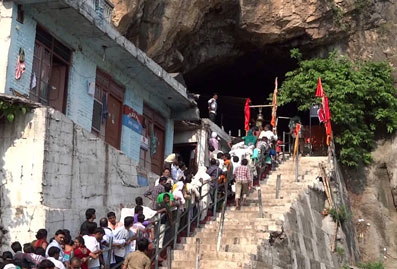 Shiv Khori is also known as “Home of Gods” is famous for the cave shrine of Lord Shiva. It is situated in the Reasi district of the J&K. The road from Jammu to Shiv Khori passes through some very scenic places consisting of lakes and waterfalls. The cave is a natural wonder. Shaped like the “Damroo” of Mahadev it is wide at both ends while congested at the centre. The cave is 1kilometer in length. The prime attraction of the cave is a 4 feet high naturally formed Shiva Lingam. Natural milky limestone water drips from the ceiling on the head of Svayambhu Lingam like river Ganga. The cave also houses many natural impressions and image of gods. A major fair takes place at Shiv Khori on the occasion of Maha Shivratri.